A diagnosis of autism does not always mean disability. Many people with autism nowadays study at a university, get a job, and go on to become great scientists, actors and musicians. There is speculation that many famous people such as Mozart, Einstein or Turing would also get a diagnosis on the autism spectrum if they lived today. Is there a link between autism and talent? 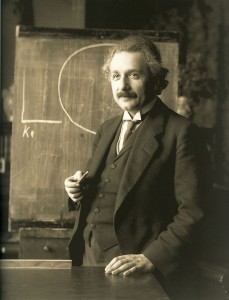 Focus
One of the features of autism is intolerance to change. People with autism find it difficult to switch from one activity to another, or flexibly adapt their plans in response to a sudden change. Any parent of a child with autism will tell you that they like their activities to be fully determined and predictable, and any disruption of the routine may cause them a great deal of stress. But the other side of this trait is that people with autism can focus on one thing and become very good in it. If a child with autism is interested in train schedules, you can be sure that he will read every train schedule he can find until he can recite all of them by heart.

Systemizing
People without autism have an inborn ability to infer other people’s thoughts, intentions and emotions. Most of the time we do it subconsciously, without even thinking about it. This habit is so strong, that we even attribute intentions to inanimate objects.

This is exactly where people with autism experience difficulties. To them, human behavior seems chaotic and unpredictable. To compensate for this, they try to use logic and search for rules and patterns that will tell them how to behave and react. Of course, in social interaction thinking logically will only get you this far. But in other fields, such as hard sciences, math and engineering, focus on logic is actually beneficial. That’s why people with autism spectrum disorders are more likely to develop interest in those fields.

Changing perspective
Many people with autism have heightened sensitivity to some types of sounds, colors or textures. In childhood, this can cause parents a great deal of trouble when the child gets extremely disturbed by something that everyone else finds completely normal. But later in life they can learn to use it to their advantage. Temple Grandin, a woman with high-functioning autism and a doctoral degree in animal science, says that her exceptional visual memory and ability to recall even tiniest details helped her when she was observing animals to find patterns in their behavior and determine what causes them stress or calms them down.

Albert Einstein once said, “A great thought begins by seeing something differently”, and autism enables people to do just that – to see things differently. The same aspects of autism that can be impairing a person’s life in one situation turn out to be beneficial in another situation.

This blog was written by Alina and can also be read in Dutch here.
Edited by Richard.

1 thought on “Autism as a talent”